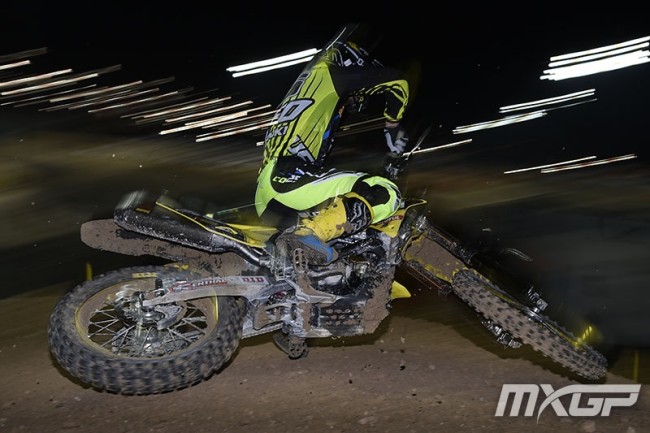 NEUQUEN (Argentina) 24 March 2014 – Take three. We are two rounds down on our eighteen round haul and so far, so good. As we approach round three of the FIM Motocross World Championship, which will take place in the stunning province of Neuquen, Argentina, the evidence that 2015 is, and will continue to be, one of the most whimsical seasons ever continues to mount.

With a huge number of capable MXGP race winners, making a forecast of who will stand on the podium is practically impossible, but someone who is really making a statement at the moment is Rockstar Energy Suzuki World MXGP’s Clement Desalle. The ‘always the bridesmaid, never the bride’ label appears to be wearing thin on the determined Belgian who, ironically, has finished second in every race this year, including qualifying, to claim the coveted red plate as the MXGP Championship leader.

Meanwhile, consistency has always been the foundation of Red Bull KTM Factory Racing’s Antonio Cairoli’s eight FIM Motocross World Championships, of which he intends to make nine this year. TC222 is always in the vicinity if not on the podium and has openly said “I’m not in my best form right now, but I know that when I am, I can win”. No arguing that statement, the eight world titles speak for themselves.

As for Monster Energy Kawasaki Racing Team’s Ryan Villopoto, we have now seen what he is capable of with his mind blowing performance in qualifying and race one at MXGP of Thailand. Even the leap of improvement from MXGP of Qatar to MXGP of Thailand was startling, so it’s hard to say what the American is going to bring to the table. All we know is, like MXGP of Thailand, this weekend the track for MXGP of Patagonia Argentina is another completely even playing field in terms of, it is a unraced track and all riders will be starting from scratch when it comes to bike set up, tire selection, suspension settings and all that jazz.

After a tough day in the office at MXGP of Thailand, MXGP round one’s dominator Red Bull Iceone Husqvarna Factory Racing’s Max Nagl will be seeking a bottle of bubbles and redemption this weekend.

Also looking to pop a cork, Yamaha Factory Racing’s speedy little rookie Romain Febvre’s next stop could be the podium, which is a place that is very familiar to his teammate Jeremy Van Horebeek, who momentarily seems to be in the process of relocating his groove.

While the list goes on in MXGP, we’re going to round it off with a mention of Team HRC’s Gautier Paulin who could quite possibly show up on his  ‘A’ game this weekend and really set this championship alight.

It comes as no surprise to put Red Bull KTM Factory Racing’s Jeffrey Herlings at the top of the list, as he will line up with his eyes, and arguably one hand, on the prize.

Although, if anyone is to stop The Bullet, it is likely to be Monster Energy Kawasaki Racing Team’s Dylan Ferrandis who is eager to show the world what he is made of. As is Team Gariboldi’s Tim Gajser who was third in race one at MXGP of Thailand and will be fired up to turn that race finish into a grand prix overall.

Meanwhile Red Bull KTM Factory Racing’s newest star on the rise Pauls Jonass has really stepped up to the plate this year. After taking home his first piece of grand prix silverware with second overall at MXGP of Thailand, Jonass has proved he has what it takes and will be aiming to keep that momentum going.

Putting his impressive crash aside, Standing Construct Yamaha Yamalube’s Julien Lieber is literally hauling at the moment. Looking at home on his factory Yamaha, Lieber has finished every race inside the top three other than one, which he DNF’d due to bike damage after being spectacularly kicked over the handlebars. As for his Standing Construct Yamaha Yamalube teammate Valentin Guillod, he has also got potential to be on the box.

And last but not least, Monster Energy Kawasaki Racing Team’s Thomas Covington locked in two fourths at the last grand prix. Could the next stop for the young American be the podium?