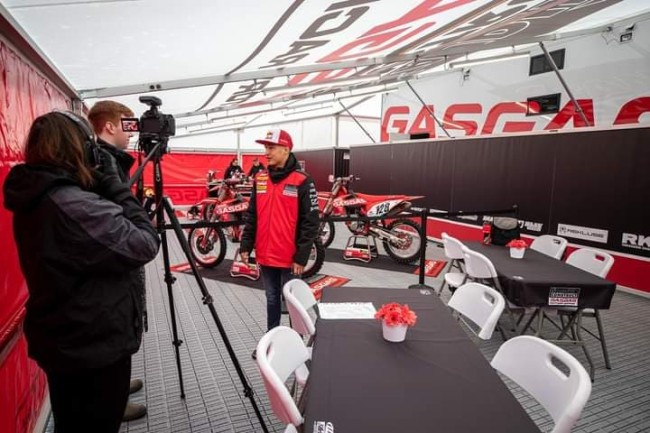 Glenn Coldenhoff may have experienced contrasting fortunes through the Latvian MXGP triple-header but the Dutchman remains at the centre of rumours considering his team and contract for 2021.

In the paddock at the Kegums circuit there was repeated talk of the 29-year old being lined up to partner Jeremy Seewer at the Monster Energy Yamaha works set-up and occupy one of the YZ450FMs left by either Gautier Paulin or Arnaud Tonus. If the double Motocross of Nations race winner were to leave the new-found GasGas Standing Construct crew (after delivering the brand’s first ever Grand Prix success with victory in the Latvian opener) then it would break a five-year union with KTM’s Austrian race department, as well as his personal deal with Red Bull.

It seems a far-fetched move, considering Coldenhoff’s productive union with Tim Mathys’ Standing Construct team and the positive working vibe. “I heard the rumours too! I’m not really sure about that…but of course my contract is up this year,” was all he could say on the matter.

If Coldenhoff does change, then his position at the GasGas factory team could be filled by former MX2 world champion Pauls Jonass. The Latvian is likely to miss the rest of his second season in the premier class with a back and rib injury but had impressed with three podiums during 2019 and his rookie term. Jonass’ spot in the Rockstar Energy IceOne Husqvarna team looks as though it will be taken by current MX2 racer Thomas Kjer Olsen, who ages-out of the category this year.