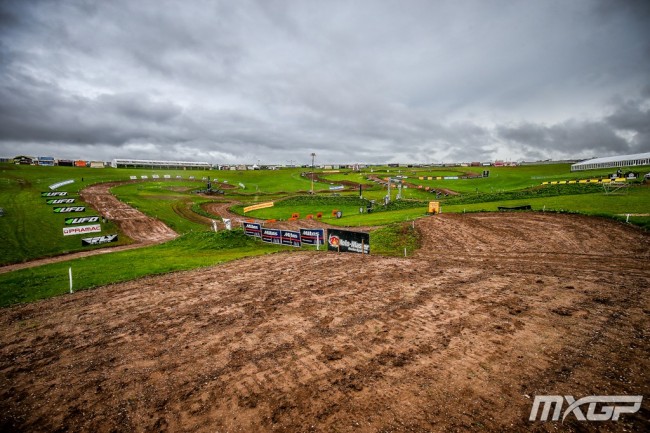 Herlings dominated despite a early push from Romain Febvre. Febvre perhaps settled for second after a couple of mistakes chasing Herlings though he can stick a feather in his cap for having the fastest lap of the race.

Elsewhere Seewer had a quiet race in third but Kirk Gibbs had a fantastic ride in 4th and shows that Australia should be taken seriously as they have a very real shot at winning the event tomorrow.

Britains Dean Wilson fought with Strijbos and Covington early on before the American faded slightly towards the end. In a last lap push Dean Wilson just came up short trying pass Gibbs and came home in 5th.

Graeme Irwin had a fantastic start in 5th position fighting with Wilson in the opening lap. He settled into his race rhythm in 8th place holding of the Estonian express in Tanel Leok to have his best ever result at the nations. His ride also secured Team Ireland 12th spot in the main race tomorrow… no B-final this year folks!