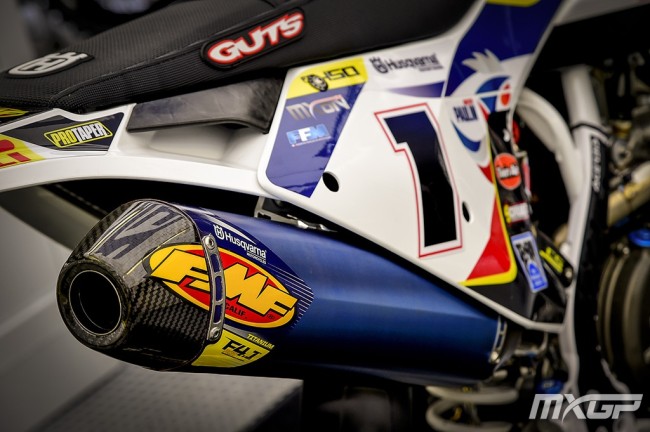 Gajser jumped into the leaded early on lap one and held a steady five second gap all race. The big battle was between Paulin, Cairoli and Anstie. The Brit was coming on strong in the second half of the race, passed the 8 time World Champion. Disaster struck as a backmarker jumped across Max Anstie on the final lap as he tried make a move on Paulin. Remarkable the Brit got out seemingly uninjured and still crossed the line in fourth.

Elsewhere Max Nagl suffered problems while running in the top ten and had to DNF putting Germany in a precarious situation in their attempts to avoid the B-final this year.

Cole Seely finished 9th despite his 37th place starting position and stalling the bike while challenging Tonus for 8th.

Stuart Edmonds had a good ride to finish a very respectable 19th for Ireland.