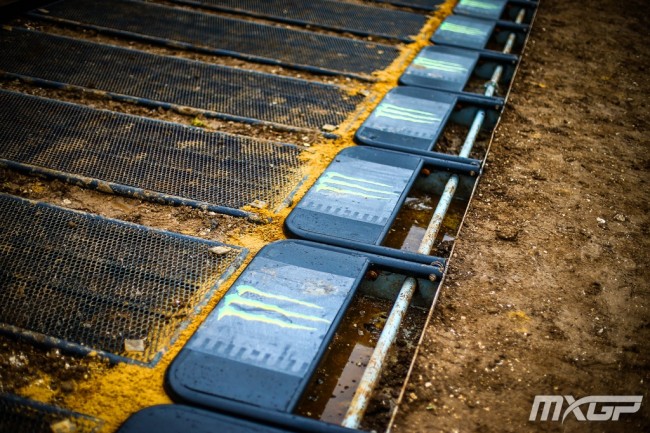 Hunter Lawrence took of at the start and pulled a ten second lead with Bogers and Prado second and third. Tommy Searle briefly worked his way to 4th in the opening laps but faded to 7th, not the performance he would have been hoping for in front of his home fans.

The story of the race though was Zach Osborne coming from the back of the back often posting times two seconds a lap quicker the rest. He march through to second but with three laps to go he still had nine seconds to make up on the younger Hunter Lawrence. Zach kept pushing and perhaps the Australia relaxed a little too much but Osborne passed for the lead on the final lap. To Lawrence’s credit he tried to fight back but it wasnt enough as the American took the chequerd flag.

Team Ireland’s Martin Barr had a good start in tenth, and was battling swapping positions in the top 15 all race. He ended 14th so a good ride from Irwin might just get them into the A-final.