MX2: Who impressed in Mexico? 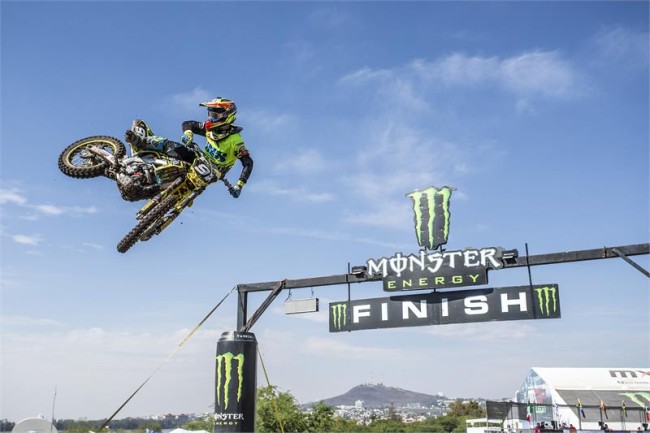 Mexico hosted the second oversea GP on the bounce as the riders faced a very different challenge compared to Argentina. It was back to a tough, slippery hard pack track. Some riders dealt with the conditions better than others, we will take a look at the riders that impressed over the weekend.

Just how good is Jeremy Seewer this year? A second overall in Mexico is his fourth overall podium in a row, so far he only missed a podium in Qatar and he was battling with sickness that weekend. This is only Jeremy’s second year in the class as full professional as he had school work before that was a distraction.  Jeremy has always had the talent but you could tell he needed someone to work with in order to reach his full potential. Having Everts in his corner has really helped him and he has improved leaps and bounds.

Jeremy says that he “actually struggled all weekend – through the qualification race and the first moto – with the amount of water on the track, but I could push more in the second race. It was not easy this time and I fought hard.” He says he struggled but still managed to finish second overall and pull away from Tonkov in the second moto in an impressive ride after some early pressure from the fast charging Russian. If Herlings moves up to MXGP for 2017 then Seewer will be a real challenger for the title in what will be his last year in the class.

Some people probably thought that Steve Dixon took a huge risk in signing Vsevolod Brylyakov but Steve clearly seen a lot of potential in the Russian. Brylyakov has shown some good speed on the JTech Honda for over a year and a half but that’s not the best bike in the world! He clearly needed a good team and a good bike. So far in 2016 he has shown some good speed, I was at Valkenswaard and was really impressed with the way he was riding even though the results weren’t fantastic.

Mexico was the best GP of his career securing his first ever podium in the class finishing 2-6, he even had a small crash in the second moto but it didn’t stop him – he wanted that podium! Brylyakov had some problems after the first few GP’s which meant that he had to go back home to Russia and couldn’t train like he wanted too but things are starting to look bright. There is no doubt that if he keeps riding like that, he will be a front runner in the class and could be battling for wins next year. Seventh in the championship after the first five rounds is very promising!

Fast Spanish rider, Jorge Zaragoza has been going under the radar somewhat during this season, in fact he has been under the radar throughout his entire career. There is no doubting his ability on the bike. Watching him ride looks brilliant, he is a very animated on the bike and has a great style but he never got the top results in the EMX classes like I expected. However, he is slowly but surely starting to ride to his potential. The Gariboldi Honda squad do a fantastic job of picking up young talents and helping them progress throughout their career.

Jorge rode good at Mexico, he ended up tenth in both the moto’s and sits twelfth in the championship. After a slow start to the season he is starting to improve and build on every GP. There could be a lot more to come from the Spaniard as the season progresses, there is a lot of potential there.