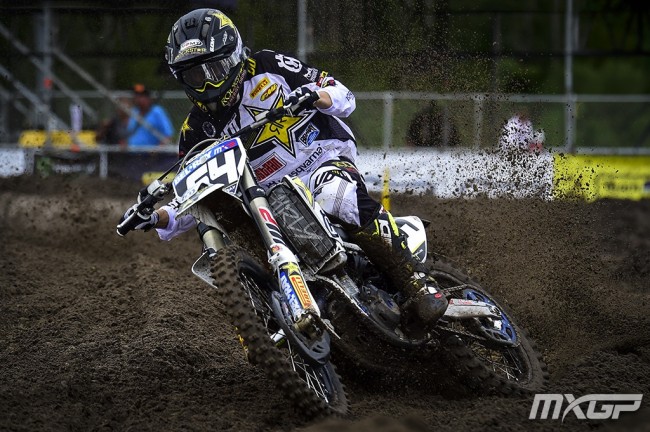 It was a bizarre first moto when, for the first time all year, the track was completely levelled for race day after Saturday’s races creating a pin it to win circuit that favoured aggressive throttle-happy riding.

It was on the flat track that saw Covongton and RJ Hampshire duel for the win with both riders crashing separately during the race, but it was Hampshire who held on from Covington and an impressive Lawrence.

Championship leader Pauls Jonass went down off the start after tangling with teammate Prado and came back to 10th with Seewer going off the track and crashing to finish 9th.

In the second moto it was an American 1-2 on the first lap with RJ Hampshire grabbing the holeshot ahead of Thomas Covington. Hampshire pulled away out front with the Suzuki’s on the move.

Hunter Lawrence and Jeremy Seewer closed right in on RJ Hampshire on the last lap but the American just held on for the win. Covington faded back to fourth with Pauls Jonass in fifth. Belgian rider, Brent Van Doninck had a great ride coming home in sixth.