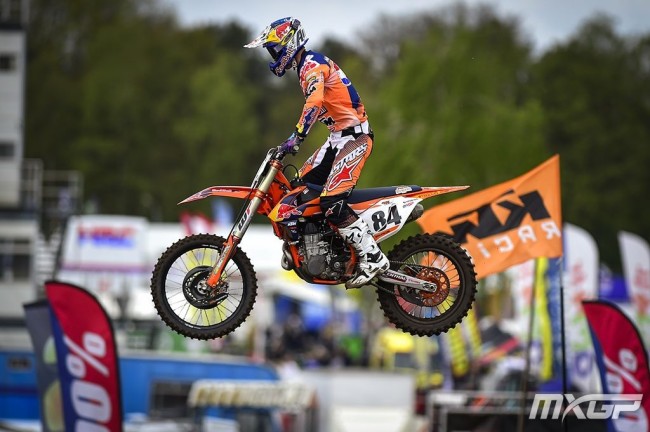 Due to an internal error while we were traveling to the Ironman National in Crawfordsville, Indiana, MX Sports Pro Racing mistakenly released a draft of a press release involving multi-time FIM World Champion Jeffrey Herlings’ possible participation in this weekend’s final round of Lucas Oil Pro Motocross. Herlings has not actually entered the event and has only begun testing the bike he would have to ride, should he choose to participate in the AMA Pro Racing-sanctioned event; AMA Pro Racing and the FIM-sanctioned MXGP have different rules and regulations, and Herlings would not be able to use his usual race bike for this event.

“We totally jumped the starting gate on crafting a press release, and I take full responsibility for any confusion this may have caused,” said MX Sports Pro Racing’s Davey Coombs. “I apologize for the error and hope that Jeffrey enjoys his time here in America as he prepares for the main reason he and his team are here, which is next weekend’s MXGP of the USA in Florida.”