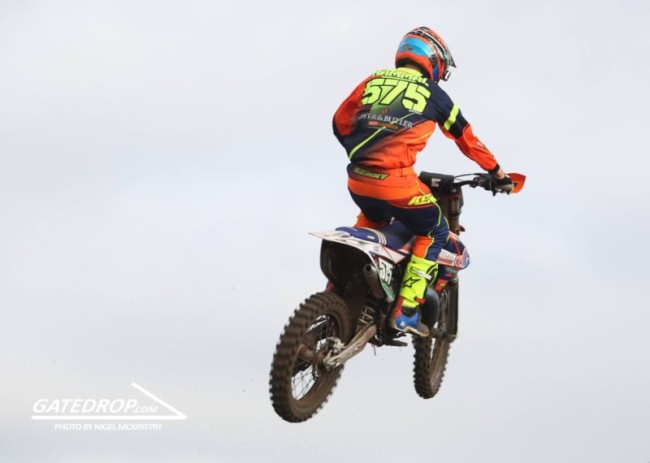 Now that the seasons end is a distant memory, we are now looking towards the 2017 campaign and our fourth season, we thought we would take the time to review the past 3 championship seasons. Starting by reviewing our youth classes.

You may not be aware that we are always hoping to gain loyalty from our riders and teams as we look to have good line ups at top venues that ensure great racing for both rider and spectators alike.

Another important part is to be able to offer riders the chance to use the series as a stepping stone through their mx career. We are now the only series to be able to offer two days racing with riders starting in our 85cc classes and one day progressing through to our Pro Fastest40 class races on a Sunday.

Saturday’s race groups get the opportunity to race on lines laid by themselves through the day, then things change after Saturdays open Pro Practice. Sunday morning starts with the Pro practice & qualifying session. This is not only important to them but also provides the chance for our other groups not only to watch their peers but also to use their race lines. In our youth classes a number of riders shown not only great speed but also consistency to achieve their personal goals.

The Small wheel class has been won in the previous two seasons by Lewis Hall (Team Green Kawasaki) and Ike Carter (MBO Power Husqvarna), Lewis then made the move to BW & competed at the European championships on a regular basis, but still returned to the mx nationals when his schedule allowed.  Ike won’t get to defend his crown as he has moved up to BW in 2017, another rider making the move up to BW is Louie Kessell on his St Blazey Husqvarna after being on the championship podium for the last two seasons.

Until the rule change allowing riders to make the step to a 125 bike, the 85cc big wheel class has seen many riders having to move straight to the 250f machines. The top four from the standings in 2015 all made the move up. Champion Jack Bintcliffe (Honda), Jed Etchells and fourth placed Dylan Woodcock (both team Green Kawasaki) all made the switch to the 4 stroke 250 machine, whilst third placed Ben Clark (FTR / RFX KTM) took the 125 option. In 2016 the championship was claimed by Joel Rizzi (RFX KTM), next season will see him and the top fourr in the standings all on 125 machines. It’s going to be fantastic to see Joel, Rossi Beard, Sam Nunn and Josh Peters mixing it with our 125 regulars.

2016 saw one stand out rider on a 125 in Taylor Hammal (Dyer & Butler KTM). At many of the events he managed to mix it with the bigger machines and then made the move up the 250 with two rounds to go. The 2016 125cc title was claimed by Sussex rider Charlie Beamish.

Our MXY2 class is always stacked with the top UK’s top talent, many of whom have now made the move to the pro ranks.

Back in 2014 the crown was claimed by Liam Knight (Dyer & Butler KTM), following this success Liam moved up to the Pro MX2 class. He has placed 3rd in the standings in both 2015 and 2016, as well as having good results at the British Championships.  Henry Williams (RFX KTM) took the title in 2015, before moving up to the Expert MX2 class. Henry claimed the championship title at the final round at Hawkstone.

Michael Ellis took the MXY2 championship title in 2016 with Jamie Carpenter in third, both can be seen in action in the Prox Fastest 40 Pro Mx2 class in 2017. So as you can see from our review of the youth championships, not only is there an amazing depth of talent in all classes, but our goal of providing a career would appear to be working.