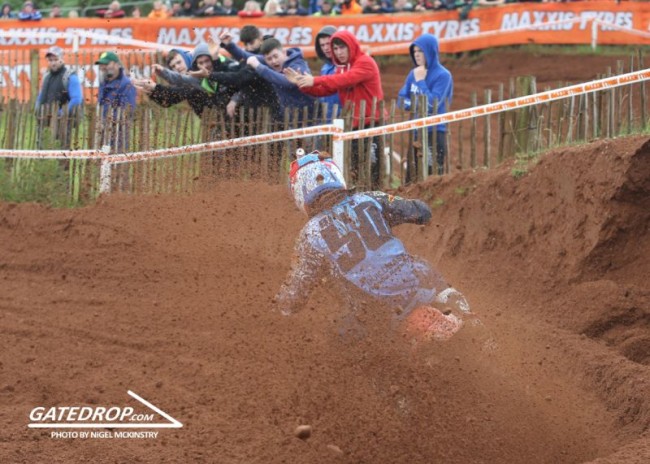 A fantastic day for Martin Barr as he clinched the MX2 National title on his Buildbase Honda. He was able to win it in style as he was the first 250 machine across the line in both the moto’s. In the first moto he even beat Belgian wildcard, Kevin Wouts on his 250! Kevin is no slouch and has plenty of GP experience. Liam Knight had a good day and ended up second overall in the MX2 class ahead of Todd Kellett.

In the MX1 class, Ashley Wilde returned to racing and there is nothing wrong with his speed! He won the first moto which he must be delighted about. However, the second moto didn’t go quite as good as he finished back in seventeenth but nice to see him back at the races! Kevin Wouts riding for the Heads & Threads Suzuki outfit won the MX1 overall, it would be cool to see him race more events in the UK! Josh Spinks ended up second overall during his first outing on the Geartec Yamaha and Wilde did enough to end up third overall.