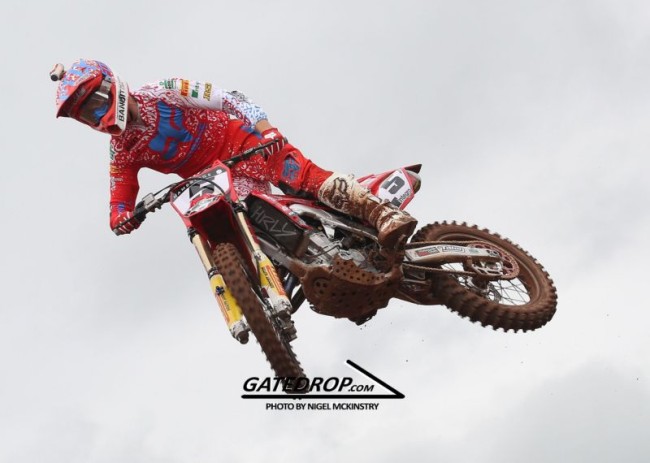 It was a great day for Jake Shipton winning both the moto’s in the MX National Championship. However, a champion was crowned as Graeme Irwin won the MX1 National championship. Graeme broke his thumb last week and kept it quiet but it didn’t stop him lifting the title. That is the second title Graeme has lifted this year after winning the MX1 British Masters Championship.

Martin Barr won the overall in the MX2 class finishing as the first and second 250 across the line in the moto’s, another good weekend for him and the Buildbase Honda team.