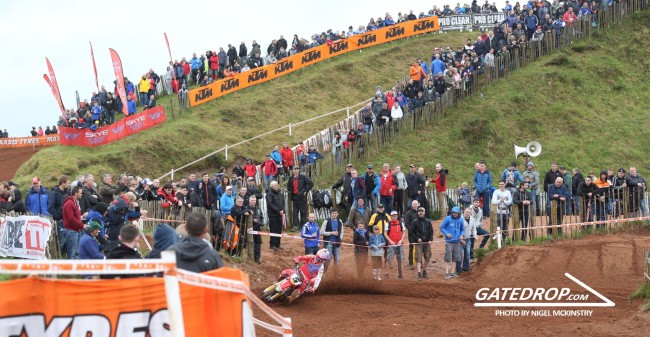 The fourth round of the MX Nationals took place at Canada Heights this weekend. It was a great day for Graeme Irwin as he dominated the event winning both the moto’s.  He beat Gert Krestinov in the moto’s by a margin of fifteen and ten seconds respectively.

Krestinov rode well to finish runner up in both the moto’s and beat some good riders in EBB and Steven Lenior etc.

In the MX2 class, Lewis Tombs won the first moto crossing the line in tenth with Martin Barr just behind him. However, Martin Barr was able to win the second moto to clinch the overall as he crossed the line eighth in moto two.

It was a good day for Tombs none the less winning a moto and finishing second overall in the MX2 class.