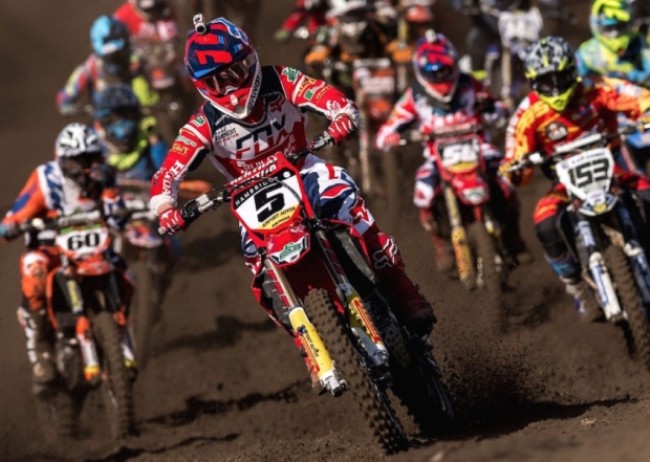 In the first moto of the day it was Gert Krestinov that surprised and clinched victory by 16 seconds from Graeme Irwin. A very impressive ride from the Estonian. Jake Shipton also put in a very good ride and held off Alex Snow to finish in third spot.

Martin Barr was the first MX2 rider across the line in fifth as he continues to build on a good season. Jake Millward and Carlton Husband put in good riders to finish second and third best MX2 riders.

However, Krestinov wasn’t able to win the overall as Graeme Irwin won the second moto which meant he won the overall on the day. Irwin just about held off EBB to take the win and Krestinov ended up in third for second overall which is still a solid day for him.

In MX2 Barr clinched the overall as he was the first MX2 rider across the line in the yet again! Jake Millward again put in a good ride for second and Lewis Tombs ended up third in the second moto.