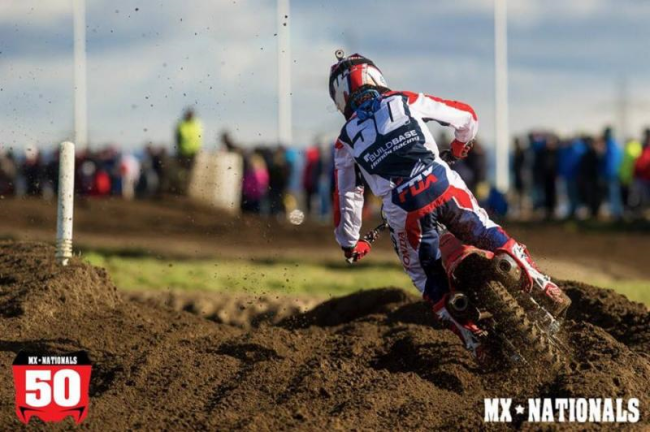 Graeme Irwin set the pace during qualification at the second round of the MX Nationals championship. He went 1.1 seconds quicker than EBB with Ando back in third place on his Verde KTM.

Irwin translated his qualification speed into the first race as he won by 7 seconds ahead of Brad Anderson. Ando rode well to beat Whatley to second position, an impressive ride. Stuart Edmonds impressed ending up in fifth at the chequered flag. Martin Barr was the first MX2 machine across the line in eighth position ahead of Booker and Todd.

Brad Anderson stole the show in the final race to win it and the overall! He beat EBB by just 3.9 seconds but a very good day for Ando. Irwin ended up in third for second overall on the day. Stuart Edmonds crossed the line in nineteenth position at the flag. Again, Martin Barr was the first MX2 rider finishing up in tenth, he won the MX2 class on the day from Lewis Tombs and his team mate Lewis Trickett.