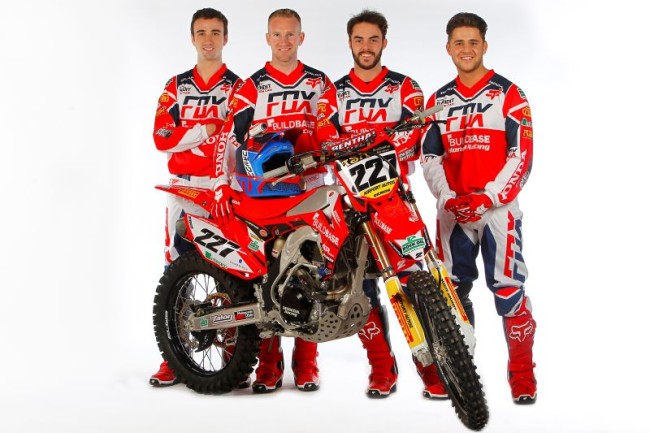 In the first moto it was Jake Nicholls with the hole-shot from Irwin, Irwin made the move on Nicholls on the third lap and never looked back! Nicholls who will use this race as preparation for his GP return ended up a strong second ahead of Brad Anderson.

Martin Barr rode the wheels off his 250 to end up in fourth and beat a host of 450 riders including Wilde, EBB and Whatley! Liam Knight was the second 250 over the line in tenth position. The other Irish riders competing Stuart Edmonds, Glenn McCormick and Luke Smith ended up in sixteenth, thirtieth and thirty-third respectively.

In the second moto it was Brad Anderson who took the moto win as he impressively held off Graeme Irwin for the win. Ando is looking like a real threat on the Verde KTM. Kristian Whatley had a much better moto with a third place which is encouraging considering he hasn’t been back on the bike too long! Not a great moto for Jake Nicholls as he had a problem but came from the back of the pack to end up in eleventh place.

Martin Barr again was the first 250 machine across the line in seventh place but Nathan Dixon made it closer this time as he finished just behind Barr in eighth position. A much better race for Stuart Edmonds with a solid ninth on his TM. Luke Smith and Glenn McCormick ended up in thirty-first and thirty-third respectively.

A good day for Buildbase Honda as Graeme Irwin and Martin Barr will take the red plates to the next round of the MX Nationals which will take place at Landrake on the 9th and 10th of April!