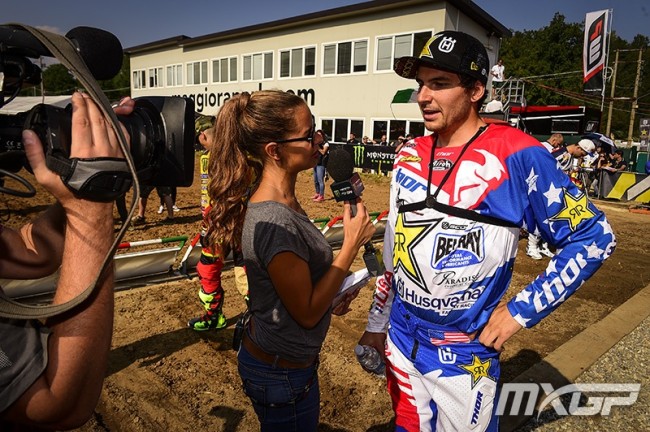 What a weekend it was at the Motocross Des Nations, this years event certainly has to go down in history as one of the best nations ever! It came right down to the wire between three counties, well done to the winners France, Holland and America for their podiums.

We will take a look at who impressed during the course of the weekend.

Two Belgian’s really impressed this weekend.  It has not been a good season for Kevin Strijbos in the slightest finishing down in eleventh in the MXGP World Championship. Pretty much his only highlight was winning the Belgian GP at Lommel. However, at the nations he was flying all weekend long.  He didn’t get amazing starts but he worked his way up to third in both of his moto’s. After such a bad season I would say he was the most impressive rider of the weekend. This should give him confidence heading into the winter. Hopefully Strijbos can have a much better campaign during 2017.

His Belgian team mate didn’t disappoint either. Van Horebeek dropped down to the 250cc machine this weekend and he put on a good show for team Belgium. JVH finished fifth and eighth but more importantly was the first MX2 rider in both the moto’s. He really wanted to win the MX2 class and he did just that. Kevin and Jeremy rode brilliant throughout the weekend and probably deserve to be on a winning team, if only Desalle was fit! Brent Van Doninck didn’t have the best weekends but it’s good for him to experience the event, he will be stronger in the future!

Everyone was wondering before the event if an American rider could actually win an outright moto. The most likely option of that happening was in the form of Cooper Webb. However, Jason Anderson excelled himself and rode brilliant in the MXGP and open moto. He got the holeshot and instantly put a nice gap between himself and Tonus at the front. It didn’t take Herlings long to hunt him down but after he crashed Anderson had the win in the bag, it was a brilliant ride from the American, possibly the best he has rode all year. Everyone saw the freak accident as he was celebrating the moto win, absolutely crazy! It’s a shame that ruled him out of the last moto of the day as it would have been interesting to see where he would have slotted in with the MXGP riders.

A lot of anticipation surrounded Jeffrey Herlings this weekend. This was his first big event racing the 450 and with just a few weeks on the bike he admitted he felt unprepared. Even though this was the case it didn’t stop him impressing. Unfortunately he crashed trying to get around Anderson but there is no doubt he was quicker, looking back it’s crazy to think that if he made the move Holland would have probably won the event! Herlings didn’t disappoint in the last moto of the day, he grabbed the holeshot and had a fresher Antonio Cairoli behind him. Cairoli with the home crowd behind him got close to Herlings but the Bullet was able to break him and pull away for an impressive victory. After only just a few weeks on the 450 Herlings already has the speed of the fastest riders in the world. With a full winter on the bike and getting it set up to suit him he is going to be devastating in 2017. His rivals in the form of Cairoli, Gajser and Febvre have a lot of work to do over winter.