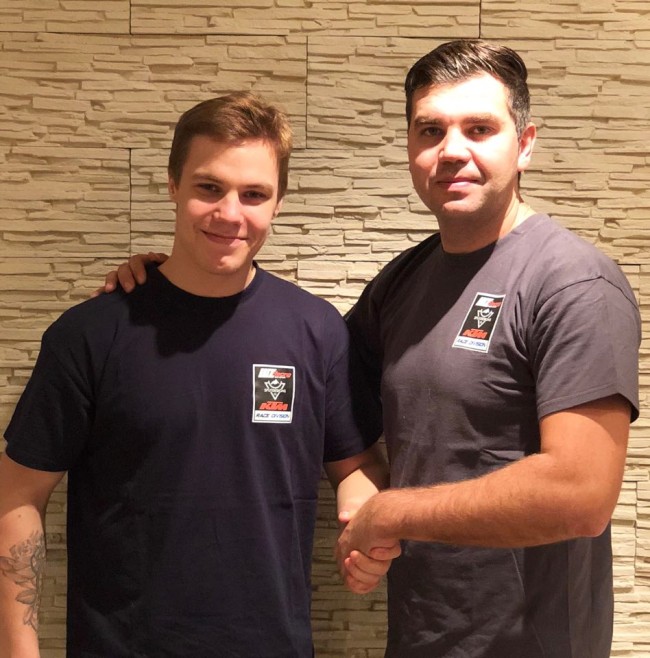 The apex of the 2017 motocross season, Motocross of Nations, will take place in Great Britain’s Matterley Basin during the 30th of September and 1st of October.  The distinguished MXoN team race has been staged 1947 and it is considered as the most high-level motocross competition in the world. Team Finland will fight for a spot in the finals with a young team that consists of Juuso Matikainen (MXGP), Kim Savaste (MX2) and Jere Haavisto (Open). A Substitute rider for the team has not been named.

– The track of Matterley Basin is a bit challenging for us Finns, although I think it’s better for us than the tracks of the past few years. Our goal is to get through Saturdays qualifiers to the A-finals, the top 20. The team has been through a certain transition in the past few years with young and inexperienced riders. Meanwhile the young guys who race worldwide have progressed and this development is clearly showing in their results in the European series. Last year we were already close to a spot in the finals and now I believe that it is a realistic goal for us if there is no unexpected problems during the weekend. Considering the level of competition this would be a great achievement.

-Juuso Matikainen has had a strong season in the Finnish Championship series and he feels at home in the tracks with a hard surface. When looking at both classes in the Finnish series, he is one of the few riders that have been consistently battling for the win in every heat.

-Jere Haavisto, competing in the Open class, has also been doing great in Finland as well as the European EMX250-series. Haavisto himself wanted to race in the Open-class with the bigger engine, which is good for the team and we are certain that he is comfortable riding the 450cc bike. It is important for Team Finland that we have a strong performance in the Open-class, providing a better chance for the finals.

-Currently racing in the EMX250-series, Kim Savaste is a perfect choice for the MX2-class. Compared to last year, it will be easier for Kim to race, knowing he doesn’t have to race with an unfamiliar bike size. Savaste is known for being a strong competitor in tracks that have a  hard surface and are technically challenging like Matterly Basin.