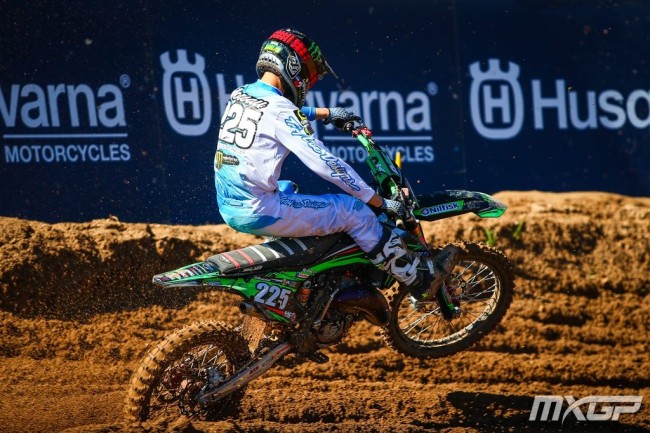 Rival Facchetti crashed while taking the holeshot, causing a first turn pile-up and forced to DNF with a sore wrist. It left Moreau to take the win and the championship after a mistake from early race leader Horgmo.

Moreau’s other title rival Mikel Haarup took a bad start and could only come back to fifth.

Moreau said: “I’m very happy I could win this race and win this championship – it’s crazy for me!”