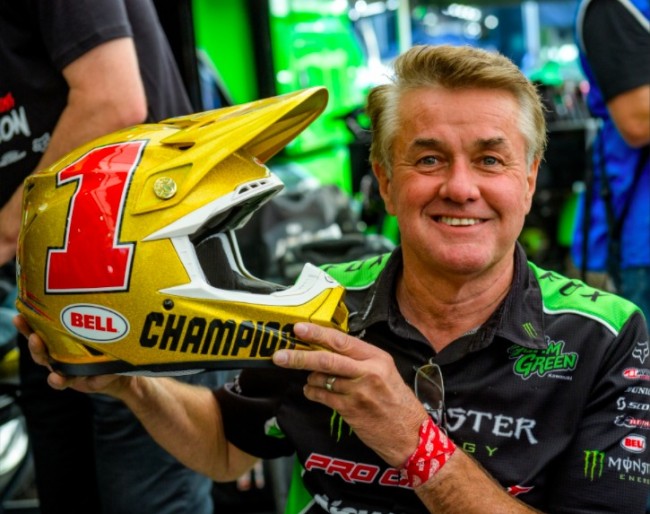 Speaking on the Whiskey Throttle show that sees the legendary btiner talk about his career, Mitch Payton says he feels the EMX system is working better in Europe than the US amateur system.

I feel the age of 16 is when we start losing them. The kid gets a drivers license so now dad doesn’t have to be with him all the time so he can cruise and go to the track by himself, you meet chicks, there is the party influence. If we had 25 kids who made it to 16 id say by the age of 18 those 25 might be 8/9.

“I think the age when everything changes is 16 years old. Young people pass the permit, the father does not need to be there all the time, they can be more independent, they start to take an interest in girls, there is the influence of friends and parties, of 25 young people signed at 16, two years later, you only have 8 who are still present,”explained Payton.

“When you look at Loretta Lynn’s you look at all those classess, and look at where they all are… Look at Max Markolf, a very good amateur kid, he had a deal with KTM, and he’s done.. There was also a rider who had a ride for Star Racing before Justin Cooper took his spot before Loretta, Challen Tennant.

“I think the step is pretty big, and I think our amateur racing over here is not the best. In Europe, they have that EMX class and they have a 125 class and they go to real GP tracks, so those kids get used to riding a GP track and he motos are 20 or 30 minutes and they have got that advantage to do that.

This week our guys are at the Arizona Open, there’s a world between this field and a national outdoor field. In addition, there was am open practice day, Wednesday, an “official” practice day on Thursday, races on Friday, Saturday and Sunday. It lasts 5 days when they have just completed a week at the Mini O’s. Our amateur system over here, the way we do it, I’m going to get yelled at by some of this guys but I don’t care.

An amateur race should be take two days, Saturday and Sunday. I think they should stuff all the mini-bikes in one day and the bike bikes one day, that way if you had your kid you can bring him and race Gove him couple of motos and go home. You are not stuck there for three or four days.

I see it, they have these certain races out here and it’s a three or four day event but you ride one or two classes and the amount of time you are on the track is so small, I disagree with that. I think it should be good quality time, get out of there go home, let your kid go to school.