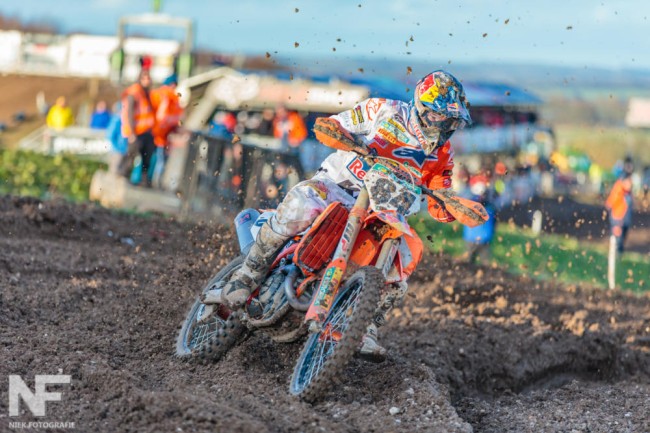 Former KTM test rider Mike Sleeter has savaged the MXGP riders by saying their race craft is “garbage,” and says he is impressed by their “willingness to crash,” in an interview with Gypsy Tales, despite the always high injury list also happening every year in the States!

It is a somewhat bizarre comment especially considering Ryan Villopoto’s MXGP season only lasted four rounds before he looped out of the series with only one moto win, with RV regarded as one of the greatest US riders of all time. And the fact that the 2020 US motocross champions, Zach Osborne and Dylan Ferrandis, both raced the world championship for a number of years.

“To say Jeffrey Herlings is one of the best ever is false,” continued an outspoken Sleeter despite four time world champion Herlings being widely acknowledged as the fastest man in the planet with 90 Grand Prix wins, just 12 away from having the most GP wins of all time at 25 years old. It must also be noted that Herlings last two injuries came when he wasn’t even pushing – a warm up lap and free practice, sometimes bad luck plays a part.

Get Sleeter’s full unfiltered thoughts on the “European” MXGP riders below:

The experienced test rider also had some interesting and more positive things to say about Stefan Everts, who he worked with during his KTM testing days, with Everts seemingly not being able to understand why Sleeter struggled at Lommel!