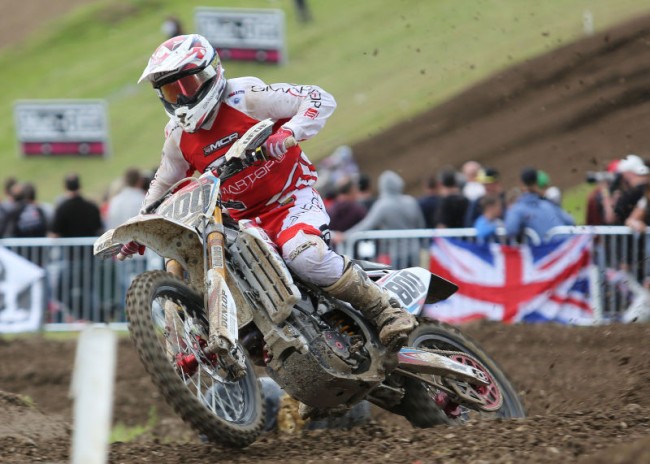 Mike Genova who is the team owner has set up his own business in England and Mike has enjoyed the two GP’s he rode so it would be a win-win for both the team owner and the rider. Mike acknowledges that racing tracks all around the world is tough and nothing like riding in America every weekend. If Moto Concepts do decide to do all the GPs next year then Mike has stated that he would like to go to Belgium at the start of January to learn the deep sand of Lommel and also get a good bike set up before the first round.

The team were impressed with the format of the GP’s and especially the EMX125 and EMX250 classes. If they make the decision to come they will have a four rider line up with some European talent signed up to ride for them as well as Mike. It would be cool if it happens, good to have another top American ride the GP’s full time and also good for Youthstream. Another MXGP team in the paddock will certainly help and they could decide to stay for more than just one year if it all works out. Even if they decide not to do the full serious we have heard that they will do at least three rounds so it’s likely that we will see Mike back in the MXGP paddock.

For the rest of the season Mike has three races in Canada, a few rounds of the AMA National and possibly the USA GP at Glen Helen. It’s a shame the team didn’t make the decision to ride the rest of the GP’s this year because Mike would be able to learn more and gain experience that would help for the 2016 season. However, it will be interesting to see what Mike’s results are in these races and see what the team decide to do for the 2016 season. We could quite possibly see another new team in the MXGP paddock.