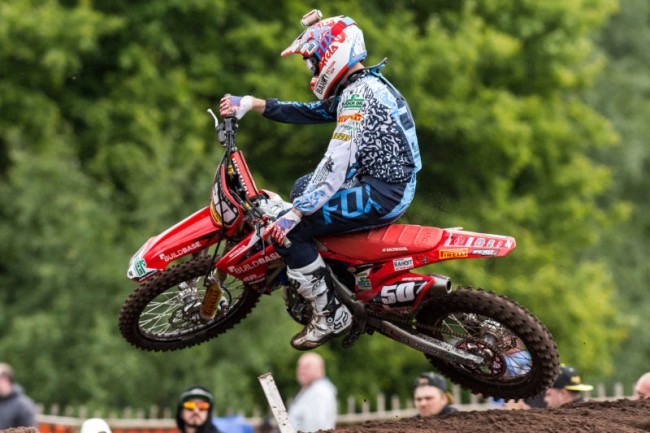 Round 3 of the Michelin MX Nationals will take place at a fantastic new venue for the series, Duns (TD11 3NS) in Scotland this weekend 28th and 29th May. The track is owned and run by top British MX2 rider Bryan Mackenzie.

The series had a great turn out at round 2 at Pontrilas and it was another great weekend of racing. The entry is packed this year and with racing on both days it is bound to be a fun packed weekend for all involved. Spectator prices are extremely well priced at only £10 for both days, kids 10 and under are free. That is 26 races over the two days for just ten pounds!

There are eight categories and classes to watch over the weekend and some of the best riders in the UK will be competing at all the events this year. The Championship has only been running for two years and they have become one of the best established and well run Championships in the country.

In the Pro MX1 class it is Brad Anderson who is currently on joint equal points with Ulsterman, Graeme Irwin. The pair have a 20 point lead over Kristian Whatley and Gert Krestinov is lying in fourth from Elliott Banks-Browne.

In the MX2 class it is Martin Barr that holds a 24 point advantage over Lewis Tombs who leads Lewis Trickett and Brad Todd. All riders are hoping to be out on good form this weekend in Scotland.

Track owner Bryan Mackenzie said – “I’m even more excited now that we are in the week leading up to the MX Nationals coming to Duns this weekend. We’re giving the track a big makeover and reshaping everything and adding dirt to places and generally making it perfect for the weekend.

I don’t think the track has looked this good in years; I just want to jump on my bike and tear it up! Once the MX Nationals team come in and add their touch to the place, plus my track team tie up our job, it should make for a mega event that we are really looking forward too.”

If you wish to pre buy a season pass or a weekend pass please click here:-
http://www.mxnationals.co.uk/news/spectator-passes/

Trade stand enquiries can be made with paul@mxnationals.co.uk
Tickets are only available to buy on the gate and will be £10 per adult and under 10s are free, free access to the riders paddock. Free parking.
Camping is £10 per pitch – motorhome – tent – caravan