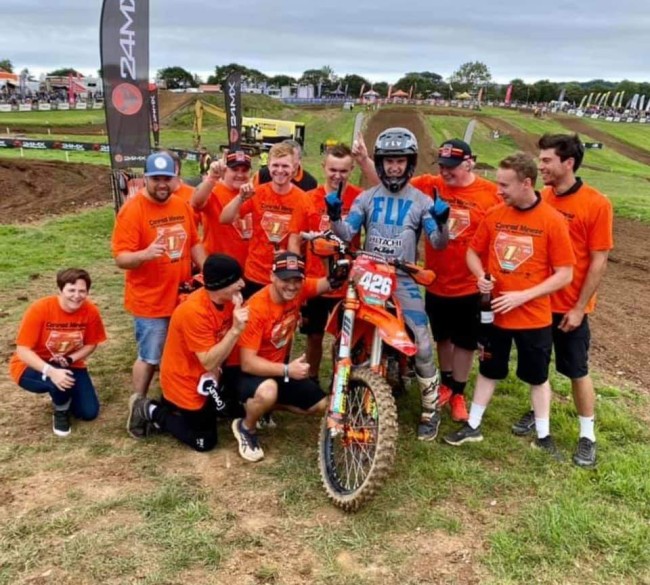 Conrad Mewse celebrated his British championship victory in style to go 1-1 at Landrake and prove once again he was a class above his opposition with two flawless rides to win his second British title – now full focus is showing this form in the GPs and the MXoN!

Team principal of the Hitachi KTM fuelled by Milwaukee team, Roger Magee, said: “Congratulations Conrad Mewse on winning the 2021 British Motocross Championship at Landrake today, adding to his MX2 Championship in 2018. That is now 13 British Motocross Championships for the Team since 2008 – a record that may never be broken.
Once again, it has had to be a complete Team effort with all the hard work, dedication and will to win from ALL of the Team members and loyal sponsors over the years.”