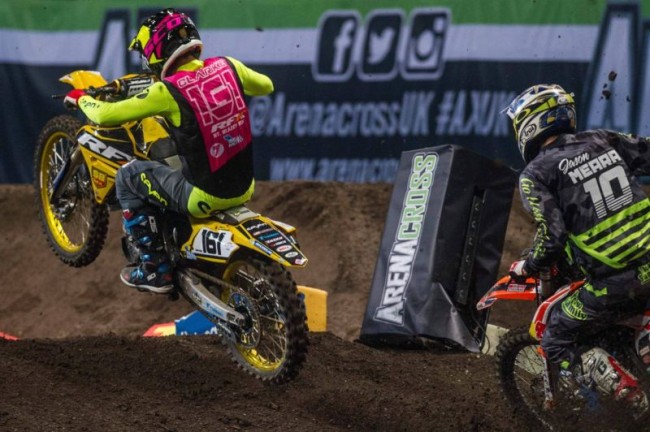 Jason Meara who impressed at the first round of the British Areancross in Manchester has secured a ride for the rest of the series!

The RFX outfit who run Suzuki’s have Cedric Soubeyras, Angelo Pellegrini and George Clarke in their owning. However, Clarke picked up an injury at the first round and the team need to replace him for the rest of the series.

Clarke’s arm after his injury from Manchester!

The team have spotted the potential in Meara and because of this have signed him for the rest of the pro lites class.

Two fourth place finishes at the first round was impressive but he should continue to improve throughout the series, surely he can get a few podium results? It’s going to be great to see Meara in action at Belfast in front of his home crowd.