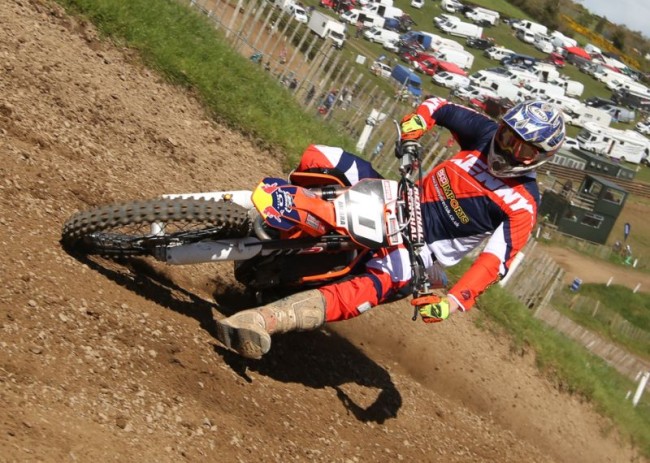 Jason Meara is set to race his first British championship round of the year this weekend!

After competing in the Spanish Nationals so far this season where he lies an impressive sixth in the championship, Meara will hope to show his speed to the British teams after impressing the Spanish motocross industry.

Jason was initially and bizarrely on the reserve list for the British championship this season, so he decided to see how things went in Spain. “At the start they couldn’t guarantee me an entry and I was a reserve rider, so I went to the Spanish championship.Then they told me they were wrong and that I should have had an entry, so I don’t know what that was all about! It ended up working out for the better I think,” admitted Meara. “The Spanish championship takes a break now from the end of May to October so hopefully I can get an entry for Desertmartin (he did) and the rest of the round in-between.”

But how does Spain compare to the UK in terms of competition? “The competition is maybe not as fast as the British but there are a lot of people closer to the same speed,” explains Meara. The British championship seems to just be a sand championship the past couple of years so it is was nice to ride some hard pack races!”

Meara is no stranger to Desertmartin of course, the site of round four of the series, and the local boy is excited to perform in front of his home crowd and keen do get the results to do his talent justice on the British stage. “Obviously I have the advantage of a home track,” admits Meara. “But I suppose you could say the same about them when we go to England. I am going in open minded and will just try to do my best, obviously I want to score points but to get into the top fifteen would be nice and heading towards the top ten.

So keep an eye on the motivated 19 year-old who will be gunning for glory this Sunday!