Meara on MX National opener: I didn’t ride like myself 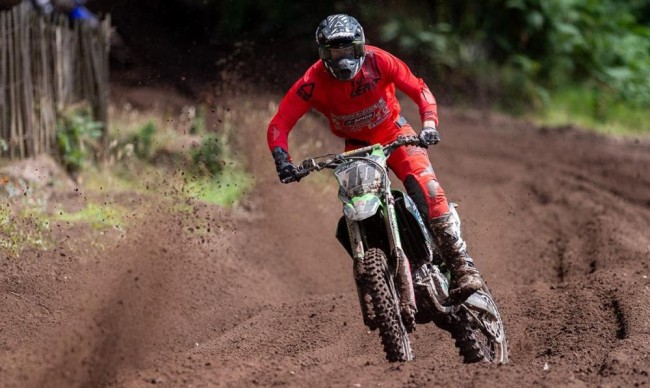 Barry Moore – Team Owner – This weekend was the first race meeting for the team of the 2020 season and we were looking forward to getting the season started. The line up at Hawkstone was really strong in both the MX1 and MX2 classes so as a team we were aiming to get inside the top 10 class. Carlton qualified well in 10th and the times were so close that he was on the second as 3rd place. In the races Jason suffered heavy crashes in each moto and that limited his results this weekend, but his speed is good for the first event of the year. Carlton’s results in the races were limited by being boxed in off the start by the 450’s either side, but Carlton was around the top 10 in both races and claimed a solid 9th overall in MX2 for the first event.

Carlton Husband – Qualifying was ok I got a lap in early although I finished 9th there was only a second in it to third place so we know the pace is there. In the first race, I got a shocking start and rode the race really tight and not myself and finished in 11th. In the second race, I again got a bad start and was stuck beside two 450s but rode a much better race coming from a first-lap crash back to 9th. I’m happy to get the first race over and know what I got to work on. Big thanks to the team and sponsors for their continued support over these crazy times.

Jason Meara – Hawkstone was tough. I suffered from arm pump all day my results where nowhere near where I know I can be. I did not ride like myself and I’m already close to where I expect to be this stage of the season, so I’ll take that as the positive out of my weekend and come back strong at Landrake.