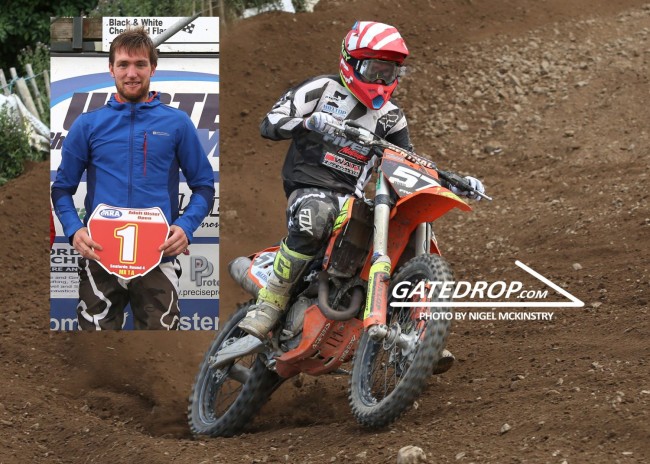 Round six of the Irish motocross championship took place at a wet Tandragee circuit that saw Richard Bird win the Irish MX1 title to go along with the Ulster MX1 title he won a few weeks prior.

On a day that saw only two motos instead of the usual three races run, it was Sean Devlin who took the overall win in MX1 with by two points over new champ Bird while Meara won the MX2 class by a point over Dylan Stynes.

It was double delight for the Meara clan with Cailum clinching the Grade B MX2 title.