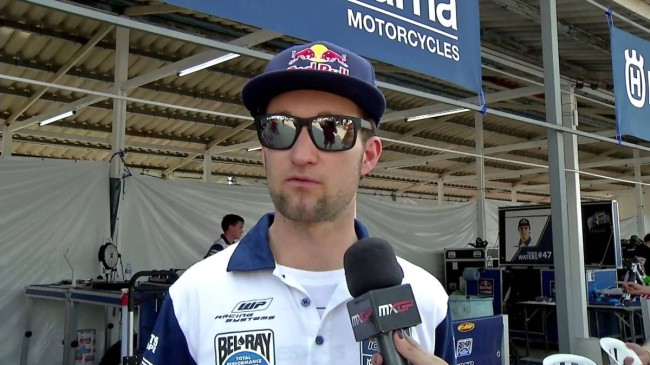 With the just a few days to go until the opening round of the Maxxis ACU British Championship powered by Skye Energy at Hilton Park on Sunday March 15th, there has never been so much hype and expectation for the action to begin.

Hilton Park is located adjacent to the M54 motorway at junction one and just five minutes from the M6 at Birmingham. Over the recent week the circuit has undergone some major changes to accommodate the needs of the championship and should provide some exciting and close racing.

Picking a potential winner in any class is never easy, but with the injection of new riders to the Championship is sure to make things even more intense. In the MX1 class reigning Champion Shaun Simpson on the Hitachi Construction Machinery Revo KTM UK will be looking to make a strong start to his title defence, while the addition of Wilvo Forkrent KTM’s Steven Frossard and former full time GP rider Tanel Leok on the LPE Kawasaki it is not going to be a straightforward task. Other riders that will be in the mix include 2013 MX1 Championship Kristian Whatley on the Buildbase Honda, MBO Sports ASA Scaffolding Yamaha’s and fan favourite Brad Anderson, Graeme Irwin on the Heads and All Threads Suzuki and many other front runners that are capable of challenging for race wins.

In the MX2 class the untimely injury to reigning Champion Matiss Karro has unfortunately ruled him out of the opening rounds of the Championship, but with the return of Steve Dixon’s team on board their new Monster Energy Kawasaki’s, Max Anstie and last year’s runner Mel Pocock are sure to add some extra spice to the action. Then when you add in last year’s front runners of Wilvo Forkrent KTM’s Adam Sterry, Frenchman Steven Lenoir on the Dyer and Butler KTM, European EMX250 Champion and the winner of the final round in 2014 Steven Clarke, plus regulars Bryan MacKenzie and Neville Bradshaw the action is sure to be red hot.

Also competing at the opening round is the Veterans class, which for 2015 has seen the age limit lowered to 35. Reigning Champion Phil Mercer will be looking to continue his fine form in this class, but will face stiff competition from the likes of former multi British Champion Carl Nunn and Ryan Voase as well as regular front runner Brian Wheeler.

Hilton Park is situated less than five minutes from the intersection of the M6 and M54 motorways and will be signposted from the M54 junction one and can be easily found using the postcode WV11 2BE. The organising club have stated that due to local land restrictions there will be no facility for public camping on the Saturday night.

The action starts at 9.30am with the qualifying for the Veterans Class whilst the MX2 and MX1 qualifying session start at the respectable time of 10.05am and 10.50am. Admission prices are £20 for Adults £5 for Children under 15 and Children under 5 are Free, Family Tickets are available at £45.

For more information about the championship please visit www.mxgb.co.uk. – See more at: http://www.mxgb.co.uk/