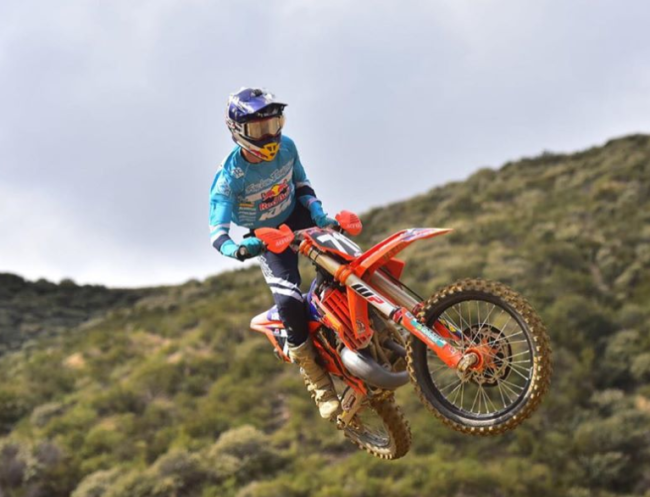 One of the bright young American talents coming through at the moment is Maximus Vohland who’s the son of a former GP rider, Tallon Vohland. In 1995 and 1996, Vohland finished third overall in the 250 Championship behind Stefan Everts!

The reliable Motocrossplanet are reporting that Vohland will race the opening round of the EMX125 series taking place at Matterley Basin next weekend and will receive support from KTM.

At the moment there’s no official word but we will keep you updated. There’s a chance we will see an Everts battle with a Vohland again but in the form of Liam and Maximus – the next generation!