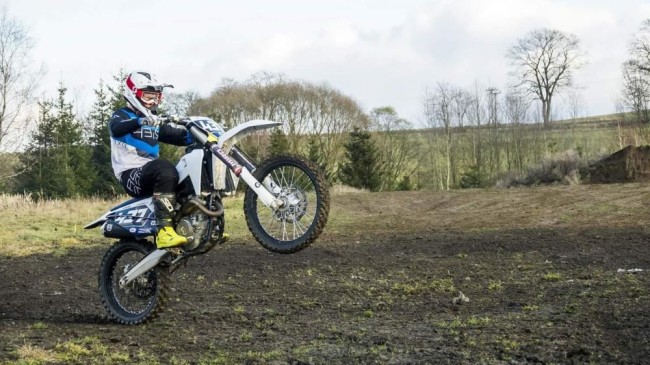 Young Czech talent, Martin Venhoda had some good results in the EMX125 series this year but will have a new challenge for the 2021 season as he’ll make the move up to the EMX250 series.

After spending the season with the NR83 KTM team, it has been confirmed that he’s parted ways with the team.

Venhoda has instead inked a deal with a Czech based team in the form of Motokrosovaskola and Q Racing team and will run Husqvarna machinery. As well as the EMX250 series he’ll also contest the ADAC Youngsters Cup and Czech championship.

“So thanks to COVID-19, it was not possible for us to continue with NR83, so I went back to Czech Republic and I will have support from my trainers team – Motokrosovaskola and Q racing. I was with him already before I came to Belgium but we will switch from KTM to Husqvarna”, Venhoda told GateDrop.com.

“To move up to the 250cc feels really good, I like the four stroke, it has more power, so that is better for me. But of course the EMX250 class is tough, so it will be hard. Next year I want to take points in EMX250 series, top ten in the ADAC I hope, and then to battle for podium in Czech championship”.

“I want to thank to NR83 and the Renkens family, for everything they did for me past year, and all the people who helped me there. Of course I want to thank my family, Radek Toman and Stanislav Vašícek and thank you to everyone who supporst me”, Venhoda concluded.

READ  Interview: Florian Miot on adapting to the British Championship and gearing up for EMX250