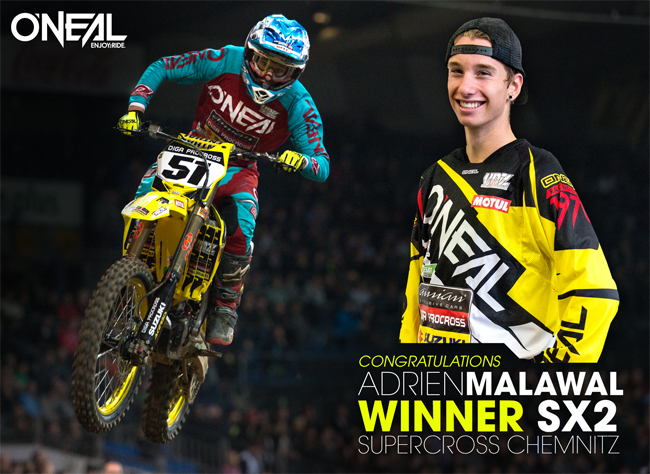 After announcing the signing of Aussie, Caleb Grothues, the DIGA-Process Husqvarna team have announced his team mate for the 2017 season. Adrien Malaval who has been competing the ADAC Supercross races for the team, will stay with them for the outdoor season competing in the EMX250 championship and the ADAC Youngster Cup.

Adrien will also compete in the French Championship with the LR KTM team. Malaval is a young rider with plenty of potential who will be looking to make a name for himself during the season ahead.

With Grothues and Malaval the Diga-Process team have a strong team and should be able to get good results in the EMX250 series.

Adrien Malaval: “I have already rode for the team Digaprocross at the ADAC Supercross series. Everything was well, I get good material and I had a lot of fun to ride there. During this sx season, we started talking with the boss (Justin) about the 2017 motocross season.
Justin asked me what were my goals and my ambitions, then he made me a proposal which I accepted. Now I will ride in France to train in a good conditions. My season will start at the French championship and after I will the ADAC Championship and the EMX250 championship.