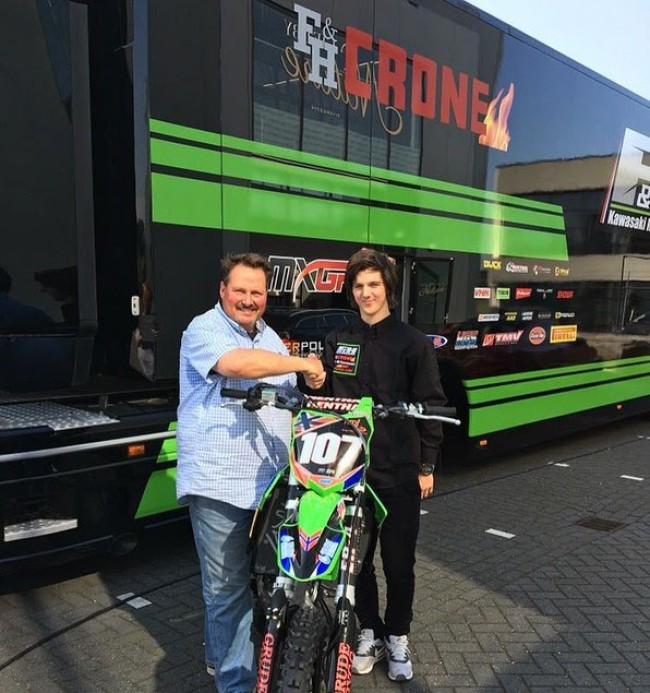 Magne Klingsheim will make a welcome return to the GP paddock in 2017. Magne who has previous GP experience racing a Steve Dixon’s Cosworth Yamaha decided to take a break for the 2016 season and work as a mechanic back in Norway.

However, having been away from racing for a year clearly means he has missed it. He has made the decision to return to racing at the highest level again next year. The twenty-year old has signed with F&H Kawasaki Racing team and will compete in all the European MX2 World Championship rounds. Magne and F&H Kawasaki have history together as he was with the team in 2015 competing in the EMX250 championship.

Magne was a highly rated youngster having been with top teams like Jacky Martens Husqvarna and Steve Dixon’s Cosworth Yamaha. After a year away from racing at the highest level it will be interesting to see how he copes racing the World Championship again!

F&H Kawasaki are expected to sign another ride to compete in the World Championship and young Spanish prospect, Ruben Fernandez will race another year in the EMX250 championship for the outfit.