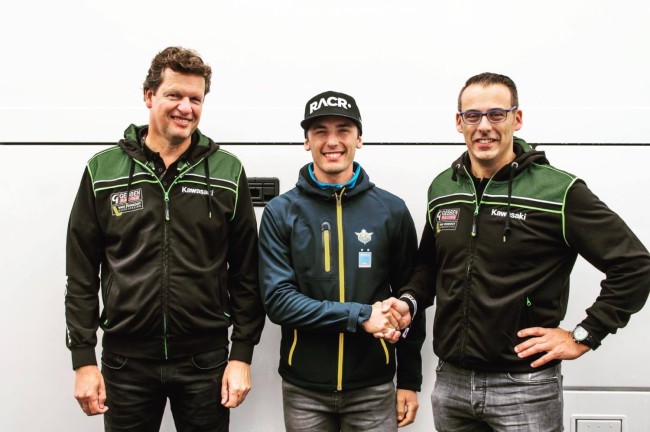 The Gebben Van Venrooy Kawasaki Racing Team are delighted to announce the signing of Alessandro Lupino for the 2018 season. The team expands on their 2017 rider line up as the Italian will join up with French rider, Maxime Desprey under the awning next year meaning the team will run two riders in the MXGP World Championship.

This year Lupino had a promising season and showed some good speed against the best riders in the world. He ended up sixteenth in the series with some top ten results in what was an encouraging season. With a strong winter behind him he can put in even better results on the Gebben Van Venrooy Kawasaki in 2018.