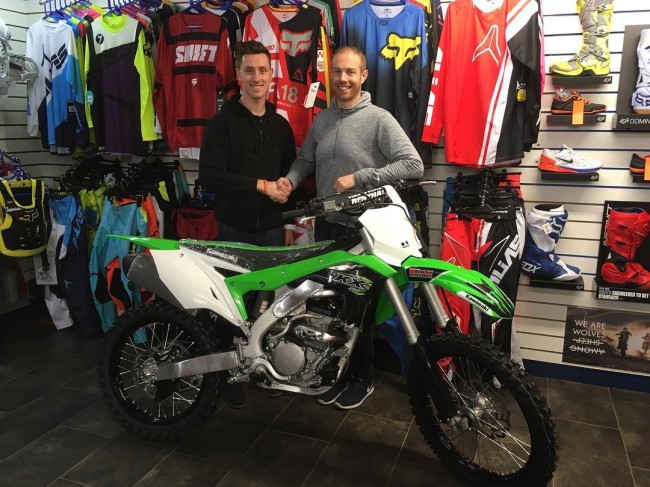 Luke Smith has been focusing his racing in England for the past few years but has agreed a deal with the Norman Watt Motorcycles outfit for the 2018 season.

Of course, Smith rode for them back in 2013 before concentrating on his progress by mostly racing in England but next year he will contest both the MX2 Irish and Ulster Championships as well as the Maxxis British Championship on the Watt Kawasaki.

He will be hoping the switch back to Kawasaki can help get the best out of him, as well as challenging for the both Irish and Ulster titles he will want to be a regular point scorer in the British Championship.

Luke Smith: “I am very excited to be back on board Kawasaki and working with Norman Watt Motorcycles again for the 2018 season. I’ve haven’t really rode a bike from the last round of the British last year, but I have had a day to test the Kawasaki and I was really happy with how the bike felt so I am really looking forward to putting in the hours on it now in preparation for a great season.

In 2018, I plan to compete in the British Championship as well as the Irish and Ulster Championships. After some time off the bike, I am extremely excited to get back riding again and I look forward to getting back behind the gate come March.

I would also like to say thank you again to Ricky and Norman Watt for believing in me, as well as everyone else that is either continuing or beginning to support me for the upcoming 2018 season (all of whom will be confirmed/announced over the coming days). Without this support it wouldn’t be possible for me to race, so thank you all very much.”