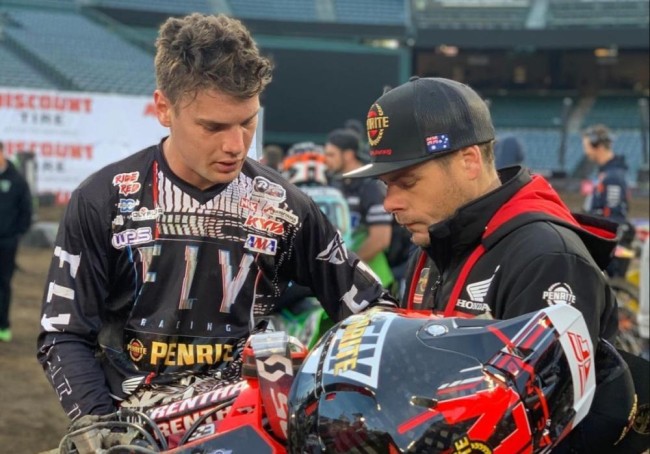 Aussie talent, Luke Clout has enjoying racing in America the past few years and this year was part of the Penrite Honda team set up. However, the Aussie has announced he’s parted ways with the team.

“I want to thank @yarrivek @hondaracing_moto for helping me live my dream, and everyone who was associated with the entire team to getting us to race the whole series in another country. I really enjoyed myself racing the best of the best, it wasn’t easy! Unfortunately we won’t be back together next year. I want to wish everyone involved the best in the future”, Clout stated on social media.

It remains to be seen what the future holds for Clout but according to www.motoonline.com he could end up at the CDR-Yamaha team which would see him racing back in Australia.