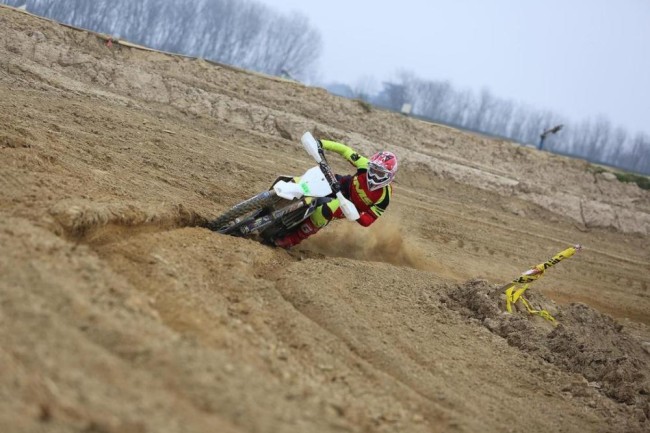 Young Slovenian talent, Luka Milec has had some good results in the European championships in the past but hasn’t had an easy time of it due to injuries – it shows what a tough sport Motocross can be.

After a recent serious arm injury, Milec has decided to call a time on his professional Motocross career but will stay in the sport as he wants to give back the sport he loves so much as a coach.

You can read Milec’s statement below:

“Where should I begin,2020 is coming to an end. It was a hard year for all of us, but it couldn’t be any worse for me. It started great with some preparations in Italy with @rj912mxschool, then going to Hungary for the last ride before EMX was where it all started. I cut my arm and had a blood transfusion, of course my arm lost some strength and despite that I was fighting every day to come back stronger and faster than before. Around a month later I crashed in a high speed corner, Immediately I felt my right wrist is injured and I still remember how I thought to myself “this cannot be real, why me again”. First I was told there is a small fracture, which would be great, but a month later we realised an operation is needed. I got operated and rest for over 6 months, till they told me operation was not as successful as they were hoping for. Now, 7 months later, I went to Austria to dr. Schenk private clinic for an operation and so far it looks successful. At this point I would like to thank my family for making this possible”, Milec stated on social media.

“About my plans, after this awful injury we decided to end my competitive motocross career. I decided to focus myself on coaching other guys. As a rider I really believe I had great technique on the bike and gained some experience that would truly help anyone that wants to improve their skills. I am starting a journey of creating a motocross school… More information coming soon or in DMs. About my career, I’ve been really trying hard, some may say I failed, but things I achieved will be “mission impossible” for many of others… Only few people know the story behind the scene, that’s my family, which made it all possible and I LOVE THEM FOR THAT! And my coaches @romanjelen912 and @fitextreme, thank you guys for always believing in me and helping me with your knowledge”, concluded Milec.