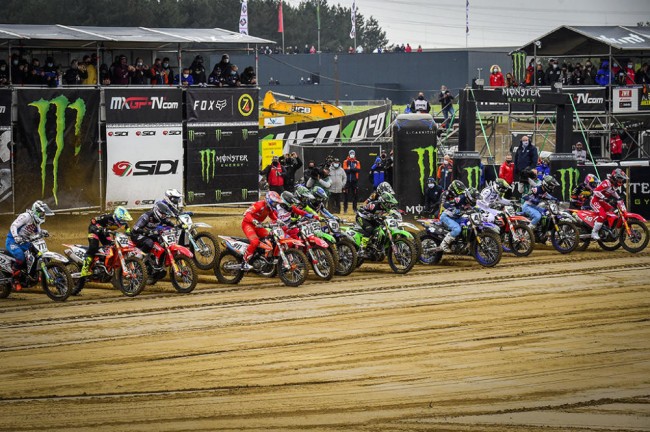 MONACO (Principality of Monaco) 21 December 2020 – Infront Moto Racing and GP Limburg VZWare delighted to confirm the MXGP of Flanders – Belgium in Lommel until 2023!

The extension of contract means that for the next three seasons, MXGP will head to the ‘toughest sand circuit in the world’ as the stars of the FIM Motocross World Championship take on the challenge of the deep sand of Lommel.

The popular Belgian circuit hosted its first FIM Motocross World Championship event back in the 90’s and since then has presented many successful Grand Prix’s, as well as the Monster Energy FIM Motocross of Nations in 2012, along with this year’s incredible Belgian triple-header!

The three GP’s in Lommel this season, tested even the most skilled sand riders in the paddock, as the pilots were treated to different track layouts, with the track undergoing a complete overhaul from its regular design.

Infront Moto Racing is excited to continue working with the Belgian Grand Prix organiser, GP Limburg VZW and FMB-Fédération Motocycliste de Belgique, and return to this iconic venue for the next years.