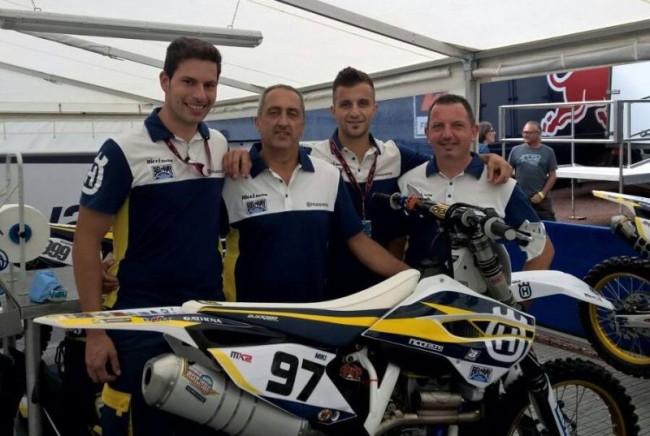 llario Ricci announced at the end of the 2015 season that he was stopping his very successful team and he was going to take a step back from the sport. However, a new challenge for the Italian as he is the new general manager of the new World Championship team, NewHolland 8biano-Massignani Husqvarna team.

The 2016 season marks the first World Championship season for the NewHolland 8biano-Massignani Husqvarna team. The team are running Rui Goncalves in the MXGP class, Giuseppe Tropepe, Davide De Bortoli in MX2 and Gabriele Arbini in EMX250.

llario will bring his experience to the team and you would think with his signing that bigger things are coming from this team in the future.

llario Ricci – “For this year I’ll work with 8biano team, my role is as a general manager, i’ll take care of my team as i did with my own team. We’ll have Husqvarna bikes and we’re planning to grow”