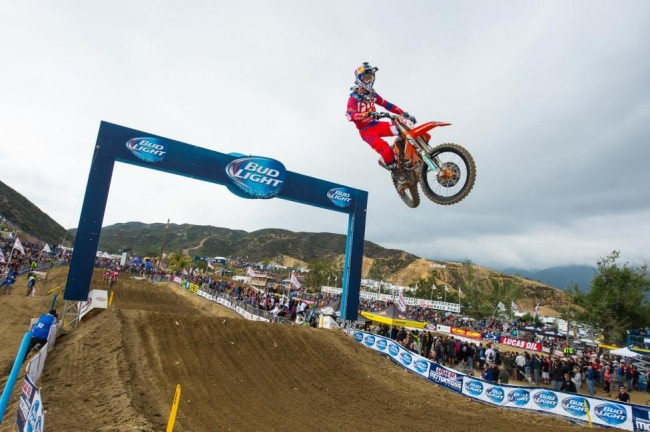 Romain Febvre slammed himself into a berm in the opening practice session at Lille and staying down for a couple of laps before slowly getting off the circuit.

But it was Marvin Musquin who went fastest ahead of David Vuillemin’s new project, Christian Craig, with Malcolm Stewart in third despite still not having a ride in the USA for 2017!

Practice two saw Justin Barcia jump to the top of the standings on the Suzuki. Romain Febvre was back out after his big crash in first practice but finished off the pace down in 12th.

In the main event it was Marvin Musquin who took the holeshot and ran away with the win to the delight of the crowd on the rutted Lille circuit. Justin Barcia got into second, passing Coulon, by lap two but just couldn’t reel in Musquin. The American did admit he liked the Suzuki and could turn in well compared to the Yamaha, saying he was happy with second in his first race on the new bike. Malcolm Stewart rode to a lonely third with Soubeyras fourth and Craig coming from behind to take fifth.