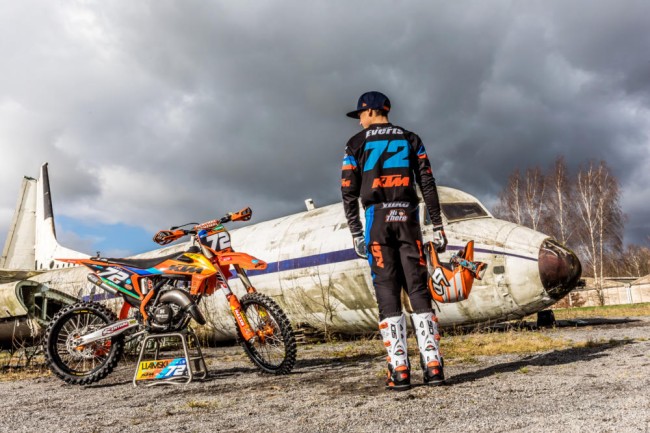 Liam Everts has provided an injury update after picking up an injury during the EMX125 series at Faenza.

The past few months haven’t been the most enjoyable for Liam Everts. The young Belgian broke his radius at the start of September in the EMX125 Grand Prix of Faenza. What looked like a clean fracture at first, turned out to be an annoying injury. This all because after 6-weeks of healing, the facture was grown back together in such a way that it caused an unforeseen obstruction in movement of the wrist. A little surgery was the solution.

Now a little more than two months later, Liam is finally freed from the cast around his lower arm. Meaning that slowly but surely his preparation towards the 2021 season can start. Under guidance of his physio, Liam will start by riding his Specialized road bike and later one he will progress towards some mountain bike rides. We’re very lucky that those cycles are made available by Bike-Inn!

If everything goes by plan, Liam will be back on his motocross bike at the start of December. The next follow up appointment with the medic is halfway in January. Then we will decide when the metal plate that was used to fixate the fracture, is going to be removed. This so Liam doesn’t have to start the new season as a cyborg.