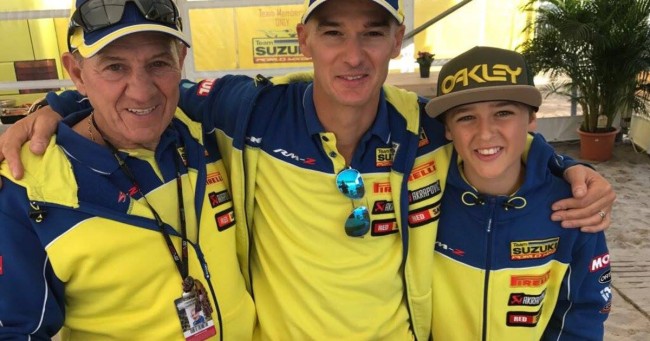 Suzuki MXGP have stated that young Liam Everts will be going to New Zealand to train with Ben Townley for the next three months!

Townley a former world champion himself, rode for Stefan Everts’ MXGP team in 2016 and also raced Liam’s dad back in 2005. They have a good relationship and it seems Ben will be passing on his advice to the younger Everts as he starts to take his racing seriously.

The team posted on Facebook saying: “Big step for Liam Everts. Next week he’ll travel to New Zealand to train there for 3 months. Staying with Ben Townley he’ll definitely be in good hands!”