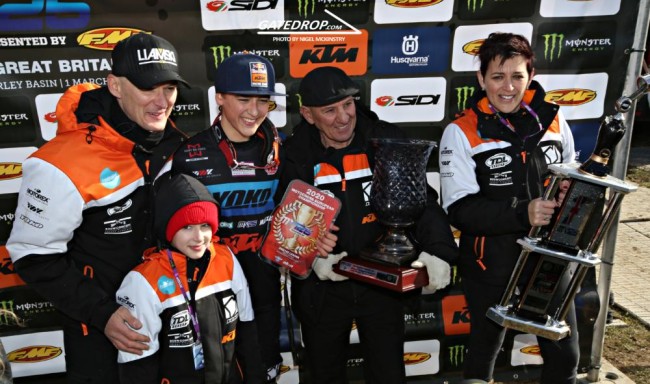 The past season began with a big up and ended on an downer. Starting it with an incredible win at the EMX125 Grand Prix of Matterley Basin at the end of February. Just a few days later a virus called SARS-CoV-2 aka COVID-19 would derail the world. Sending everything including our sport into a break. When it all stabilized, we resumed racing with races in Czech, Netherlands, Latvia and Italy. There at the Italian track of Faenza, Liam’s season ended prematurely due to an broken arm. Luckily that chapter is now behind us. The arm is almost as new and withstood all training very well. Also the rides on the mountain bike as well as some laps on the KTM Freeride went without any pain.

This positive news makes it an ideal moment to look ahead towards 2021. In the upcoming season, Liam continues to race for his own private team. Because the young Belgian can count on the technical support of KTM, he will race the KTM 250 SX-F in the EMX250 class. In addition to the EMX250 races, he will also race the Dutch Masters of Motocross in the MX2 class and the ADAC Youngsters. On top of the support by KTM, Liam can depend on a loyal team of sponsors, who make this journey to the pro ranks possible.