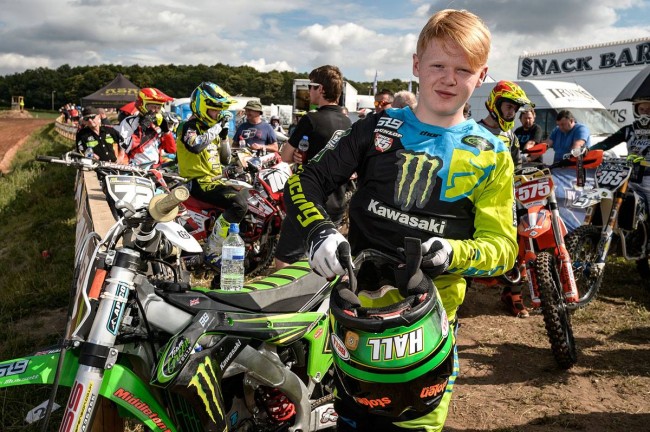 Talented British youth prospect Lewis Hall will move into adult racing next year with long-term sponsor Kawasaki, and will be competing in the British MX2 championship and some EMX2 rounds.

Kawasaki made the announcement this morning, saying:

Lewis Hall has signed a deal to remain with Team Green Kawasaki for the 2018 season as he moves to the MX2 class, competing in the Maxxis British Championship and selected EMX250 rounds.

Lewis said – “It’s great to sign for another year. I’m really looking forward to stepping up to the MX2 class next year and happy to be staying on the KX250F. I’m just taking everything in my stride and doing my thing. Looking forward to seeing what tracks are on the calendar when the dates are released soon.”