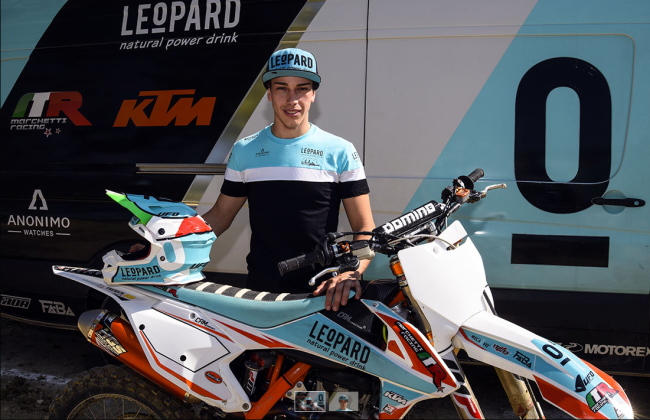 The Marchetti KTM team have reached an agreement with Morgan Lesiardo for the 2018 season. The young Italian will compete in the MX2 World Championship with the KTM 250 SX-F.

Lesiardo: “2017 was a special year for me, with great satisfaction and emotions but I also had to face some unexpected times. It was crucial to bring home the European EMX2 title; now it’s okay to think about the MX2 World Championship, and I’m convinced that in the team of Elio Marchetti I can find the right conditions for growing and improving. I’ve already had a taste of racing and I’m very happy, I knew I could find a good feeling with KTM and I’m optimistic for next year that will be my first full season of the World. “

Marchetti (Team Manager): “I like to be able to continue in the MX2 World Championship with an Italian driver; Morgan certainly has the potential to do well because of the undoubted technical qualities, he has proved to have the guts to overcome the difficult moments and the desire to emerge. As always our task is to support it 360 degrees, team up and work with the utmost commitment and with the smile. “