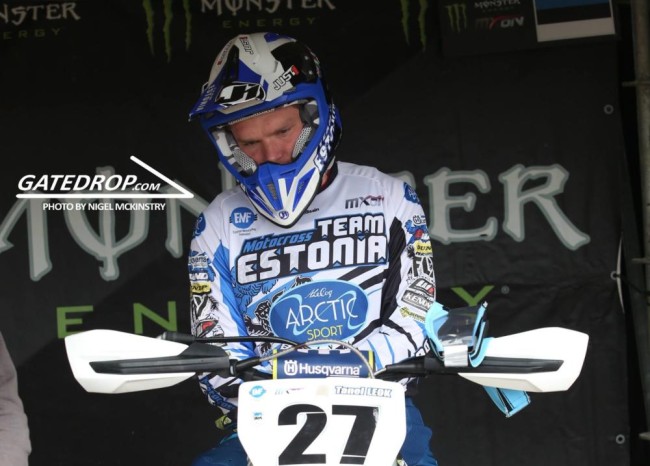 Tanel Leok has revealed that he wanted to race for another year but due to his knee problems and having to ride in pain, it was why he made the decision to retire at the end of the 2020 season.

The Estonian still hopes to race one more MXGP race in 2021 at Kegums, Latvia as it is close to his home but that will be his final Grand Prix race.

Since the 2017 season, Leok had been riding for his own team – A1M Motorsports Husqvarna but it remains to be seen if the team will stick around in the GP paddock.

“It’s a good feeling but also a sad feeling for me. I made the decision after the first race in Trentino, that it’s enough. It came, because I have issues with my knees. I wanted to go one more year, but I said this is it, I can’t do this pain anymore”, Leok stated during a GP press conference.

“As a kid, five years old, living in a small village in Estonia, dreaming of coming to the Grand Prix’s and now doing it for twenty years, this is something. I’m pretty lucky that I somehow made it through and got the chance to race with the best in the world”, concluded Leok.

See some images of Leok throughout his career courtesy of Nigel McKinstry.