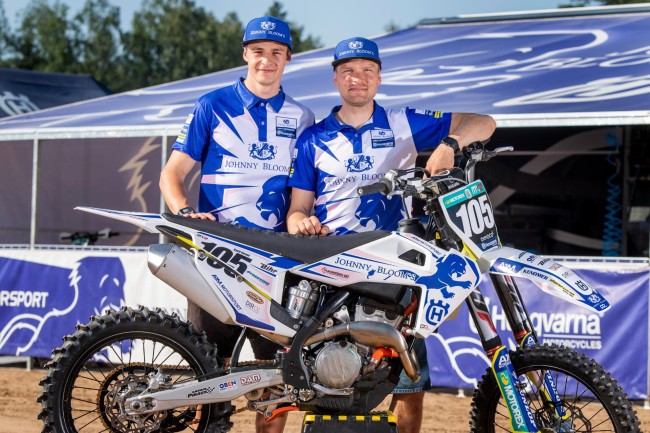 Tanel Leok signed up Roland Edelbacher to contest the MX2 World Championship this year but with the Austrian picking up an injury, Leok has been on the look out for a replacement rider.

The Estonian, who runs the A1M Motorsport Husqvarna team decided not to rush into anything but has finally given a chance to young Belgian rider, Cyril Genot.

Genot will make his MX2 World Championship debut this weekend under the A1M Motorsport awning and then also race Germany next weekend.

If Genot impresses, Leok hasn’t ruled out keeping him for even more races so it’s all on the Belgian to impress.

“I’ve signed up Cyril to replace Roland Edelbacher for the Latvian and German MX2 World Championship rounds. I needed a rider for the Latvian round for my sponsors and Cyril is good rider. I decided why not give a chance to a promising rider. We will look at how everything will work during these two rounds and make a decision after”, Leok commented.