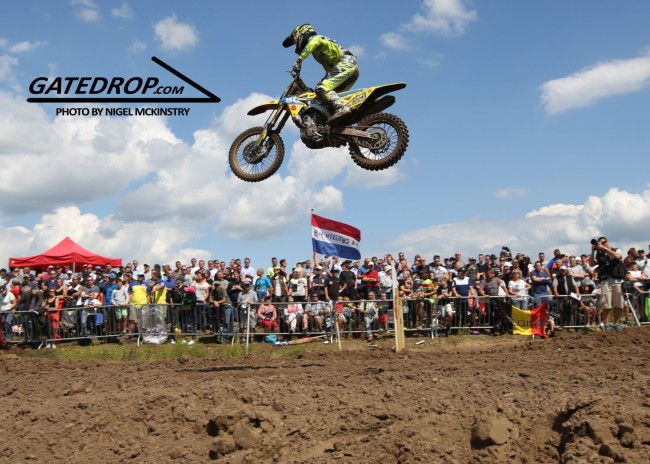 Pr- Corona, California (October 2, 2017) – Team GEICO Honda announces the long-term signing of one of the brightest talents in international motocross, Australian Hunter Lawrence, in a three-year deal that will begin in the 2019 season of 250SX and 250MX racing in the United States, and continue through 2020 and 2021. In 2018, Lawrence will continue to chase the MXGP World Championship in the MX2 Classification with a move to Team Honda 114 Motorsports. The move also includes a new technical partnership between Team Honda 114 Motorsports and the GEICO Honda team in the U.S.

Lawrence ended his rookie MX2 season by winning the final MX2 moto of the year, and took podium finishes in two of the last three races. He finished the season with a brilliant performance at the Monster Energy FIM Motocross of Nations, taking the individual MX2 class overall.

“To join GEICO Honda and their list of riders past and present is an honor,” says Lawrence. “My family gave up a lot to get me to this point so the decision to sign with GEICO was a big one for us. They felt like family from the minute we started talking and are giving me support next year with 114 Motorsports Honda to win a World Title. Then I will make the move to the U.S. full time in 2019.”

“We’ve been talking to Hunter and his family for some time, even well before his strong performance at the USGP in Florida,” says GEICO Honda Team Manager Dan Betley. “His talent is obvious, and in the second half of his rookie season in MX2 you could really see him spread his wings and start running up front. Hunter and his family expressed the desire to stay in the GPs for one more season with the goal of winning the World Championship, following in the footsteps of other Australians like Chad Reed, who spent time winning races and battling for a title in the GPs before coming over here. We have watched Hunter ride and feel he will be more than ready by the time he comes here in 2019, and while we haven’t seen him ride supercross yet, we believe he has the talent and skills to excel there, too, and with this deal, also plenty of time to prepare.”