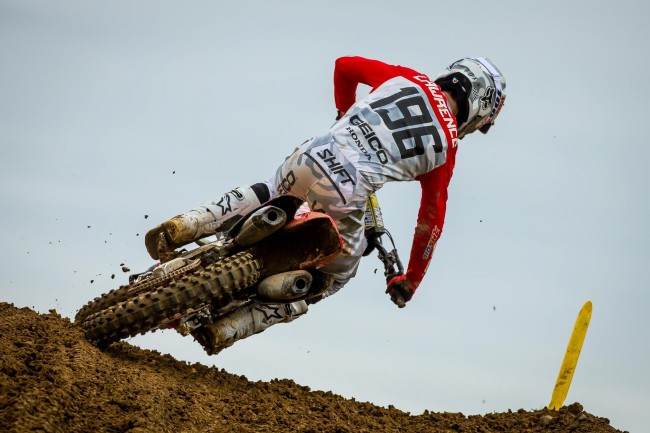 In typical Aussie honesty, Hunter Lawrence has apologised to his team for a below par performance at Southwick, saying, “ it was a joke of day.”

Lawrence was expected to be up front in the sand but bad starts and mistakes meant 11th overall for the Geico Honda man, and he was far from pleased with that!

Lawrence said: “My apologies to all my team, sponsors and supporters, I was at the wrong race yesterday, I should have been at Mammoth Mountain racing amateurs. What a joke of a day, I’ll sort my sh#t out for next weekend, one to forget.”