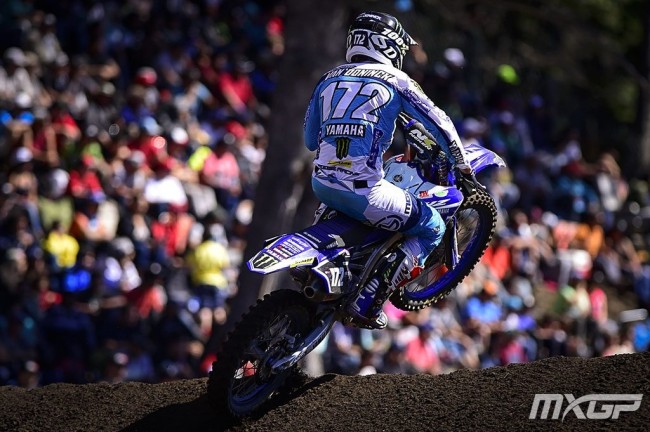 Belgium’s Julien Lieber has been forced out of the MXoN at the last minute with a knee injury meaning Joel Smets has drafted Brent Van Doninck as his replacement in MX2.

Van Doninck, who finished tenth in the MX2 world championship this season, competed in last year’s event on a 450 so does have experience at the Nations and will be hoping to get one good result to keep Belgium in with a chance of winning the event.

It is a blow for Lieber who was in good form this season and finished sixth overall in the MX2 championship, and a blow for Beligum who lost Desalle at Assen just three weeks ago and now Lieber just one week before the event.

Team Belgium will now line-up with the same team as 2016 with Kevin Strijbos, Jeremy Van Horebeek and Brent Van Doninck. But this time Van Horebeek will remain on the 450 and Van Doninck on the more familiar MX2 machine.

It also means that only one of the top six in the MX2 world championship will be competing in the MX2 class at Matterley Basin this weekend – Thomas Kjer Olsen.