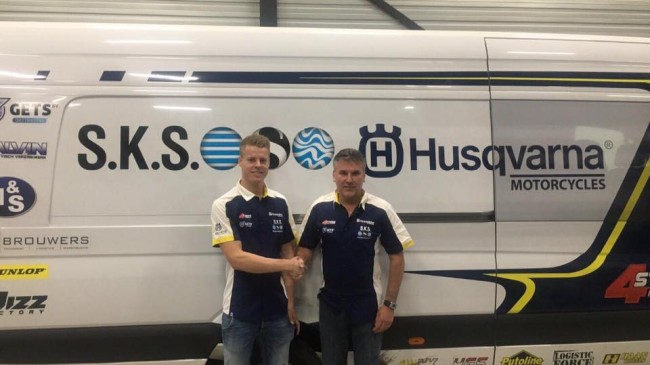 After competing in both the EMX250 and the MX2 World Championships during the past few seasons, Lars Van Berkel has decided to move up to the MX1 class for the 2018 season.

Van Berkel will move back to the Husqvarna SKS Racing team. He has good connections with the team as he was with them in the 2016 season and had some good results with the team.

With the SKS Husqvarna team he will focus on the Dutch Masters of Motocross and it remains to be seen if he will compete at any MXGP World Championship rounds.

“Happy to announce that I will be riding for the Husqvarna SKS Racing NL team in 2018 aboard a 450 in the MX1 class. After a very difficult 2017 where I had to take a lot of U-turns and didn’t achieve my potentials, I made the wise decision to get back to the team I was successful in in 2016 and change classes. I will work hard to get back to the true Lars”